The Coming Glory of the Temple

1 In the seventh month, on the twenty-first day of the month (October 17, 520 B.C.), the word of the LORD came by the hand of Haggai the prophet, 2“Speak now to Zerubbabel the son of Shealtiel, governor of Judah, and to Joshua the son of Jehozadak, the high priest, and to all the remnant of the people, and say, 3 ‘Who is left among you who saw this house in its former glory? How do you see it now? Is it not as nothing in your eyes?

Some of the returnees were old enough to have seen and remembered the grandeur of Solomon’s Temple before its destruction by the Babylonians in 586 B.C.  The could recall the “former glory” of “this house,” since the second temple was considered a continuation of Solomon’s.

But many of the older priests and Levites and family heads, who had seen the former temple, wept aloud when they saw the foundation of this temple being laid, while many others shouted for joy.  No one could distinguish the sound of the shouts of joy from the sound of weeping, because the people made so much noise. And the sound was heard far away. 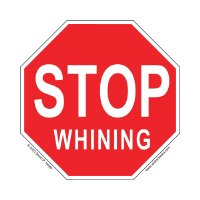 How often we are tempted to think that it is too hard, that our gifts are so small, that our work does not really matter all that much.  This passage tells us otherwise:  God has work for us to do that He values.  Let us be about our Father’s business — cheerfully, diligently!

In the “Every Promise in the Book Is Mine” folder:

Are you concerned about your finances, present or future?  This verse is for you!  We can boldly trust God, who owns every resource, and give ourselves generously to the work he has called us to. 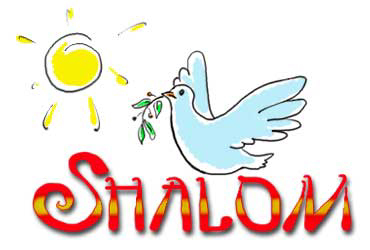 Blessings for a Defiled People

10 On the twenty-fourth day of the ninth month, in the second year of Darius (December 18, 520 B.C.), the word of the LORD came by Haggai the prophet, 11“Thus says the LORD of hosts: Ask the priests about the law: 12‘If someone carries holy meat in the fold of his garment and touches with his fold bread or stew or wine or oil or any kind of food, does it become holy?'”

The priests answered and said, “No.”

13Then Haggai said, “If someone who is unclean by contact with a dead body touches any of these, does it become unclean?”

The priests answered and said, “It does become unclean.”

14Then Haggai answered and said, “So is it with this people, and with this nation before me, declares the LORD, and so with every work of their hands. And what they offer there is unclean.

Living in the Holy Land and offering sacrifices will not make the people acceptable, as long as they themselves are unclean through neglect of the house of the Lord.Since the exile to Babylon, the people of Israel focused on getting back to the Promised Land. In and of itself this was not a bad focus; yet it led to the thinking that once they made it back to the Promised Land everything else would just fall into place. Haggai reminds them that their presence in the Promised Land doesn’t make everything they do holy. If the priorities of our heart are wrong, nothing we do is really holy to God.

“The ruined skeleton of the Temple was like a dead body decaying in Jerusalem and making everything contaminated.”

15Now then, consider from this day onward. Before stone was placed upon stone in the temple of the LORD, 16how did you fare? When one came to a heap of twenty measures, there were but ten. When one came to the wine vat to draw fifty measures, there were but twenty. 17 I struck you and all the products of your toil with blight and with mildew and with hail, yet you did not turn to me, declares the LORD. 18 Consider from this day onward, from the twenty-fourth day of the ninth month. Since the day that the foundation of the LORD’s temple was laid, consider: 19Is the seed yet in the barn? Indeed, the vine, the fig tree, the pomegranate, and the olive tree have yielded nothing. But from this day on I will bless you.”

Zerubbabel Chosen as a Signet

20The word of the LORD came a second time to Haggai on the twenty-fourth day of the month, 21“Speak to Zerubbabel, governor of Judah, saying, I am about to shake the heavens and the earth, 22and to overthrow the throne of kingdoms. I am about to destroy the strength of the kingdoms of the nations, and overthrow the chariots and their riders. And the horses and their riders shall go down, every one by the sword of his brother.
23On that day, declares the LORD of hosts, I will take you, O Zerubbabel my servant, the son of Shealtiel, declares the LORD, and make you like a signet ring, for I have chosen you, declares the LORD of hosts.”

What was so special about Zerubbabel? He truly was chosen of God – in the ancestry of Jesus, Zerubbabel was the last person to stand to be in both the line of Mary (the blood lineage of Jesus – Luke 3:27) and Joseph (the legal lineage of Jesus through Joseph – Matthew 1:12).

Don and Wendy Francisco sing “I Have Chosen You.”  May this song encourage you to do great things for the Lord today!

Like a king who hides in shadows while a thief usurps his throne
You stumbled down through all your days without direction.
While the soldiers and the servants who should be at your command
Are all abandoned to surrender and defection.

As the kingdom groans beneath the load,
Your feet go running down the road
In panic you’ve forgotten all I’ve told you.
If you’ll just call you’d see Me there
At the very instant of your prayer
But you’ve bought a bill of goods the liar’s sold you.

Like a slave who wears the collar of a hard and cruel man
And is convinced that he deserves the treatment given.
Tortured to believing nothing’s ever going to change
Till you’ve forgotten there was ever more to living.

But as you struggle with your load
The messengers come down the road
And the slaver flees in fear as he beholds them.
They break your chains and set you free
To stand amazed in liberty
And at last they give the word that God has told them.

And though the devil’s cut you down
And made you feel so small
I’ve seen your desperation
With your back against the wall
But I’ll still be here beside you
Even if you’ve given in
Until you see My love for you
Is all you need to win.

This entry was posted on Tuesday, September 6th, 2011 at 2:00 AM and is filed under Bible. You can follow any responses to this entry through the RSS 2.0 feed. You can leave a response, or trackback from your own site.