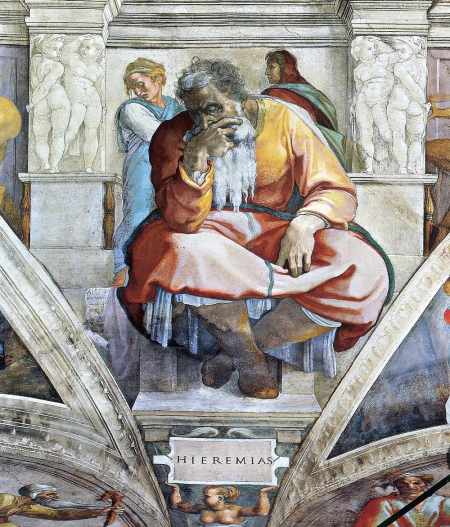 Jeremiah is best known as “the weeping prophet.”  This is the key to his writings, for if we remember this and the reason for his weeping, we shall be able to understand his message.

This prophet is unique in that he reveals his heart and personality more than any other OT prophet.  By nature he was sensitive and retiring, yet he was divinely called to severely denounce the apostasy of his day.

These are the words of Jeremiah son of Hilkiah, one of the priests from the town of Anathoth in the land of Benjamin. 2 The Lord first gave messages to Jeremiah during the thirteenth year of the reign of Josiah son of Amon, king of Judah. 3 The Lord’s messages continued throughout the reign of King Jehoiakim, Josiah’s son, until the eleventh year of the reign of King Zedekiah, another of Josiah’s sons. In August of that eleventh year the people of Jerusalem were taken away as captives.

4 The Lord gave me this message:

5 “I knew you before I formed you in your mother’s womb.
Before you were born I set you apart
and appointed you as my prophet to the nations.”

The prophet Jeremiah was a timid man living in a time that called for courage.  When God called him to be his voice, Jeremiah tried to excuse himself because of his youth.  At times during Jeremiah’s ministry he wished to flee the pressures of God’s call.  Once he decided to keep quiet and speak no more about the voice of God within him, yet the message burned inside his heart.  he could not keep silent; he had to proclaim the word of truth.  Sometimes Jeremiah wished he had never been born, for his mission was not an easy one, and he seemed poorly suited for it.  In a wonderful way God chooses weak instruments to do his bidding.

7 The Lord replied, “Don’t say, ‘I’m too young,’ for you must go wherever I send you and say whatever I tell you. 8 And don’t be afraid of the people, for I will be with you and will protect you. I, the Lord, have spoken!” 9 Then the Lord reached out and touched my mouth and said,

“Look, I have put my words in your mouth!
10 Today I appoint you to stand up
against nations and kingdoms.
Some you must uproot and tear down,
destroy and overthrow.
Others you must build up
and plant.”

Now the Lord teaches his prophet through visual aids:  an almond tree and a boiling pot.

And I replied, “I see a branch from an almond tree.”

12 And the Lord said, “That’s right, and it means that I am watching, and I will certainly carry out all my plans.” 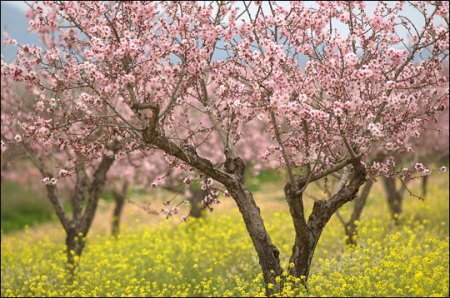 The almond tree, a first sign of spring, indicated the nearness of the fulfillment of God’s Word.

13 Then the Lord spoke to me again and asked, “What do you see now?”

And I replied, “I see a pot of boiling water, spilling from the north.”

14 “Yes,” the Lord said, “for terror from the north will boil out on the people of this land. 15 Listen! I am calling the armies of the kingdoms of the north to come to Jerusalem. I, the Lord, have spoken!

“They will set their thrones
at the gates of the city.
They will attack its walls
and all the other towns of Judah.
16 I will pronounce judgment
on my people for all their evil—
for deserting me and burning incense to other gods.
Yes, they worship idols made with their own hands! 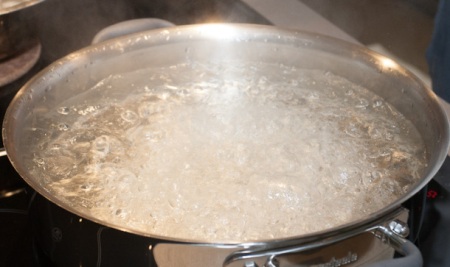 The boiling pot was Babylon, ready to boil over into Judah because the people forsook God for idolatry.

17 “Get up and prepare for action.
Go out and tell them everything I tell you to say.
Do not be afraid of them,
or I will make you look foolish in front of them.
18 For see, today I have made you strong
like a fortified city that cannot be captured,
like an iron pillar or a bronze wall.
You will stand against the whole land—
the kings, officials, priests, and people of Judah.
19 They will fight you, but they will fail.
For I am with you, and I will take care of you.
I, the Lord, have spoken!”

THIS  is a song — but the words are written, not sung; you will have to read it rather than listen to it.  It is a love letter song.  Just as Jeremiah was known and loved by God before he was born, so were you.  Scripture tells us again and again of our Father’s love for his children, and I ask you to remember that YOU are the object of his everlasting love and grace!

This entry was posted on Monday, June 3rd, 2013 at 2:00 AM and is filed under Bible. You can follow any responses to this entry through the RSS 2.0 feed. You can leave a response, or trackback from your own site.