Praise the Judge of the World

1O sing to the Lord a new song, for he has done marvelous things. His right hand and his holy arm have gotten him victory.

2The Lord has made known his victory; he has revealed his vindication in the sight of the nations.

3He has remembered his steadfast love and faithfulness to the house of Israel. All the ends of the earth have seen the victory of our God.

“He has helped his servant Israel
and remembered to be merciful.
For he made this promise to our ancestors,
to Abraham and his children forever.”

4Make a joyful noise to the Lord, all the earth; break forth into joyous song and sing praises.

A young teenager once complained to his father that most of the hymns they sang in church were boring to him because they were too far behind the times. His father put an end to his son’s complaints by saying, “If you think you can write better hymns, then let’s see you try.” So the teenager went to his room after church and wrote his first hymn, “When I Survey the Wondrous Cross.” It was back in the year 1690, and that 16-year-old teenager was Isaac Watts. And once he started, he continued writing hymns.

Later in life Watts turned to another task, metrical translations of the Psalms with a distinctly Christian perspective. At the age of 45, he sat under a favorite tree on the estate where he lived and penned the now famous words of “Joy to the World.” His 1719 hymnal, Psalms of David Imitated in the Language of the New Testament, included the words under his original title for the poetry: “The Messiah’s Coming and Kingdom.”

As part of his effort to bring New Testament meanings to the Old Testament psalms, Watts based “Joy to the World” on the last half of Psalm 98: “Shout for joy to the Lord all the earth, . . . Let the rivers clap their hands, let the mountains sing together for joy; let them sing before the Lord, for he comes to judge the earth” (vs. 4, 8).

Psalm 98 celebrates God’s protection and restoration of his chosen people. Watts’ carol rejoices in the same, as it expresses praise for the salvation that began when God became man. Both the psalm and the hymn also look ahead, to Christ coming again to reign: “He will judge the world with righteousness” (v. 9).

“Joy to the World” includes references to other Bible verses as well, including Gen. 3:17, Rom. 5:20, and Luke 2:10. And despite its lack of reference to Mary, Joseph, shepherds, angels, wise men, or the manger, it has become one of the most loved Christmas carols!

HERE  is Third Day singing “Joy to the World.”  I imagine Isaac Watts would enjoy hearing this version!

6With trumpets and the sound of the horn make a joyful noise before the King, the Lord.

7Let the sea roar, and all that fills it; the world and those who live in it.

8Let the floods clap their hands; let the hills sing together for joy

9at the presence of the Lord, for he is coming to judge the earth. He will judge the world with righteousness, and the peoples with equity. 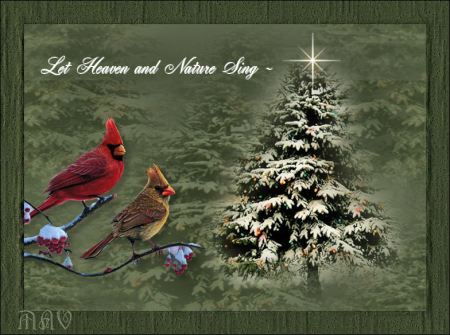 Joy to the world.    http://www.christiansinpakistan.com/wp-content/uploads/2014/12/christians-in-pakistan-joy-to-the-world.jpg

This entry was posted on Tuesday, December 20th, 2016 at 2:00 AM and is filed under Bible. You can follow any responses to this entry through the RSS 2.0 feed. You can leave a response, or trackback from your own site.