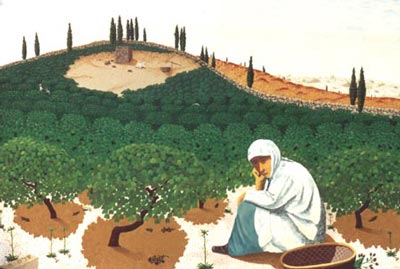 “The Vineyard” by Donn Ziebell

The Vineyard of the Lord Destroyed

Let me sing for my beloved
my love song concerning his vineyard:

Isaiah sings a song for his Lord.

My beloved had a vineyard
on a very fertile hill.
2 He dug it and cleared it of stones,
and planted it with choice vines;
he built a watchtower in the midst of it,
and hewed out a wine vat in it;
and he looked for it to yield grapes,
but it yielded wild grapes.

3 And now, O inhabitants of Jerusalem
and men of Judah,
judge between me and my vineyard.
4 What more was there to do for my vineyard,
that I have not done in it?
When I looked for it to yield grapes,

why did it yield wild grapes?

5 And now I will tell you
what I will do to my vineyard.
I will remove its hedge,
and it shall be devoured;
I will break down its wall,
and it shall be trampled down.
6 I will make it a waste;
it shall not be pruned or hoed,
and briers and thorns shall grow up;
I will also command the clouds
that they rain no rain upon it.

7 For the vineyard of the Lord of hosts
is the house of Israel,
and the men of Judah
are his pleasant planting;
and he looked for justice,
but behold, bloodshed;
for righteousness,
but behold, an outcry! 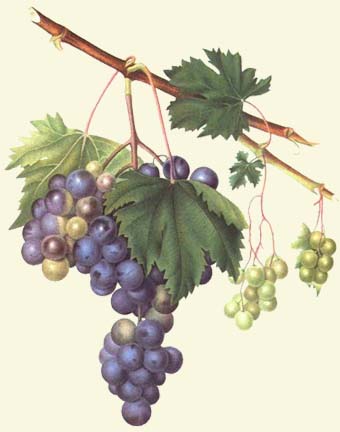 “Listen to another parable: There was a landowner who planted a vineyard. He put a wall around it, dug a winepress in it and built a watchtower. Then he rented the vineyard to some farmers and moved to another place. When the harvest time approached, he sent his servants to the tenants to collect his fruit.

“The tenants seized his servants; they beat one, killed another, and stoned a third. Then he sent other servants to them, more than the first time, and the tenants treated them the same way. Last of all, he sent his son to them. ‘They will respect my son,’ he said.

“But when the tenants saw the son, they said to each other, ‘This is the heir. Come, let’s kill him and take his inheritance.’ So they took him and threw him out of the vineyard and killed him.

“Therefore, when the owner of the vineyard comes, what will he do to those tenants?”

“He will bring those wretches to a wretched end,” they replied, “and he will rent the vineyard to other tenants, who will give him his share of the crop at harvest time.”

Jesus said to them, “Have you never read in the Scriptures:

“‘The stone the builders rejected
has become the cornerstone;
the Lord has done this,
and it is marvelous in our eyes’?

“Therefore I tell you that the kingdom of God will be taken away from you and given to a people who will produce its fruit. Anyone who falls on this stone will be broken to pieces; anyone on whom it falls will be crushed.”

Woe to the Wicked 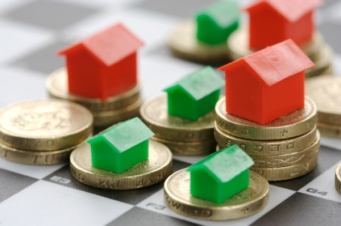 First woe:  Covetous landowners who try to corner the real estate market till there is an acute shortage of houses and land, yet the owners dwell in solitary splendor.

8 Woe to those who join house to house,
who add field to field,
until there is no more room,
and you are made to dwell alone
in the midst of the land.
9 The Lord of hosts has sworn in my hearing:
“Surely many houses shall be desolate,
large and beautiful houses, without inhabitant.
10 For ten acres of vineyard shall yield but one bath,
and a homer of seed shall yield but an ephah.” 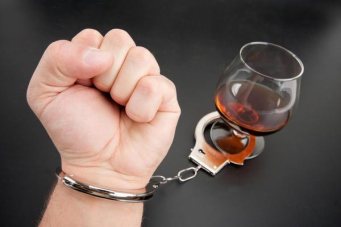 Second woe:  Confirmed alcoholics who imbibe from morning till night. They feast and carouse in total disregard of God and His works. It is for this kind of unthinking behavior that the exile is drawing near. God will be vindicated by His righteous judgment when foreign bedouin shepherds feed their flocks in the ruins of Israel.

11 Woe to those who rise early in the morning,
that they may run after strong drink,
who tarry late into the evening
as wine inflames them!
12 They have lyre and harp,
tambourine and flute and wine at their feasts,
but they do not regard the deeds of the Lord,
or see the work of his hands.

13 Therefore my people go into exile
for lack of knowledge;
their honored men go hungry,
and their multitude is parched with thirst.
14 Therefore Sheol has enlarged its appetite
and opened its mouth beyond measure,
and the nobility of Jerusalem and her multitude will go down,
her revelers and he who exults in her.
15 Man is humbled, and each one is brought low,
and the eyes of the haughty are brought low.
16 But the Lord of hosts is exalted in justice,
and the Holy God shows himself holy in righteousness.
17 Then shall the lambs graze as in their pasture,
and nomads shall eat among the ruins of the rich. 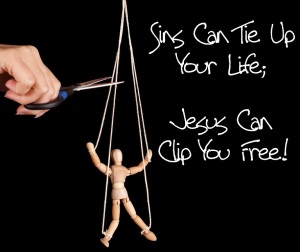 Third woe:  Brazen liars and God-defiers who are hitched to sin and drag guilt and punishment after them.  They challenge God to hasten with the punishment He has threatened on them.

18 Woe to those who draw iniquity with cords of falsehood,
who draw sin as with cart ropes,
19 who say: “Let him be quick,
let him speed his work
that we may see it;
let the counsel of the Holy One of Israel draw near,
and let it come, that we may know it! 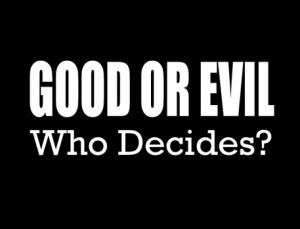 Fourth woe:  Those who obliterate moral distinctions, denying the difference between good and evil.

20 Woe to those who call evil good
and good evil,
who put darkness for light
and light for darkness,
who put bitter for sweet
and sweet for bitter! 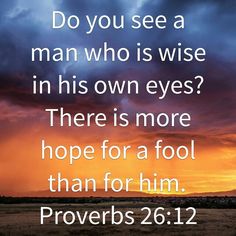 Fifth woe:  Conceited men who cannot be told anything.

Sixth woe:  Judges who are heroes at drinking and who pervert justice through accepting bribes.

22 Woe to those who are heroes at drinking wine,
and valiant men in mixing strong drink,
23 who acquit the guilty for a bribe,
and deprive the innocent of his right!

24 Therefore, as the tongue of fire devours the stubble,
and as dry grass sinks down in the flame,
so their root will be as rottenness,
and their blossom go up like dust;
for they have rejected the law of the Lord of hosts,
and have despised the word of the Holy One of Israel.
25 Therefore the anger of the Lord was kindled against his people,
and he stretched out his hand against them and struck them,
and the mountains quaked;
and their corpses were as refuse
in the midst of the streets.
For all this his anger has not turned away,
and his hand is stretched out still.

These wicked men who have no respect for the Word of God will be devoured like grass in a prairie fire.

26 He will raise a signal for nations far away,
and whistle for them from the ends of the earth;
and behold, quickly, speedily they come!
27 None is weary, none stumbles,
none slumbers or sleeps,
not a waistband is loose,
not a sandal strap broken;
28 their arrows are sharp,
all their bows bent,
their horses’ hoofs seem like flint,
and their wheels like the whirlwind.
29 Their roaring is like a lion,
like young lions they roar;
they growl and seize their prey;
they carry it off, and none can rescue.
30 They will growl over it on that day,
like the growling of the sea.
And if one looks to the land,
behold, darkness and distress;
and the light is darkened by its clouds.

God whistles and the Babylonian army comes! See their troops approaching — in top physical condition, perfectly uniformed, well armed. The horses and chariots approach fast and furiously. It is a dark day for Judah.

–all comments in blue by William MacDonald

As I read of the failings of the people of Judah, I hear this sad song in my mind:  “Days of Wine and Roses” sung by Andy Williams.  Click  HERE  to listen.

Days of Wine and Roses (1962) is a film directed by Blake Edwards, with music by Henry Mancini, and features Jack Lemmon and Lee Remick.  The film depicts the downward spiral of two average Americans who succumb to alcoholism and attempt to deal with their problem.

An Academy Award went to the film’s theme music, composed by Mancini with lyrics by Johnny Mercer.  The film received four other Oscar nominations, including ones for Best Actor and Best Actress.

Today, Days of Wine and Roses is required viewing in many alcoholic and drug rehabilitation clinics across America.

chained to the drink.   https://www.discoveryplace.info/sites/default/files/alcoholic.jpg

sin can tie up your life.   http://www.christianitycove.com/wp-content/uploads/2014/07/sin-bible-object-lesson.jpg

This entry was posted on Thursday, April 20th, 2017 at 2:00 AM and is filed under Bible. You can follow any responses to this entry through the RSS 2.0 feed. You can leave a response, or trackback from your own site.