For Holy Week we are looking at prophecies of the Messiah’s suffering and death that appear in the Old Testament.

4 This is what the LORD my God says: “Shepherd the flock marked for slaughter. 5 Their buyers slaughter them and go unpunished. Those who sell them say, ‘Praise the LORD, I am rich!’ Their own shepherds do not spare them. 6For I will no longer have pity on the people of the land,” declares the LORD. “I will give everyone into the hands of their neighbors and their king. They will devastate the land, and I will not rescue anyone from their hands.”

The flock refers to Israel. This prophecy was partly fulfilled in A.D. 70, when Jerusalem and the temple were destroyed and the people sold as slaves.

“Favor symbolizes the favored status of Israel as the chosen people of God. Union symbolizes the internal harmony of the people that was lost at the time of the siege of Jerusalem.”

8 In one month I got rid of the three shepherds. 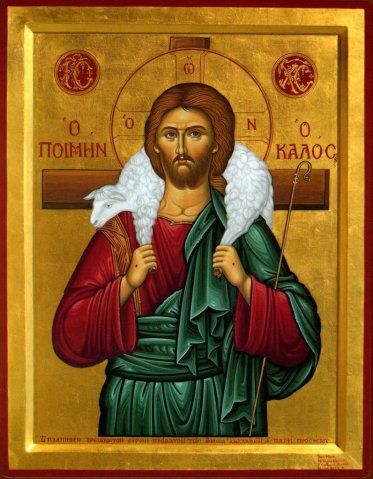 One explanation (among many) of this prophecy is that the three shepherds represent the prophets, the priests, and the kings of Israel. Jesus replaces all of these — as he said, “I am the Good Shepherd.”

The flock detested me, and I grew weary of them 9 and said, “I will not be your shepherd. Let the dying die, and the perishing perish. Let those who are left eat one another’s flesh.”

10 Then I took my staff called Favor and broke it, revoking the covenant I had made with all the nations. 11 It was revoked on that day, and so the oppressed of the flock who were watching me knew it was the word of the LORD.

12 I told them, “If you think it best, give me my pay; but if not, keep it.” So they paid me thirty pieces of silver.

To pay the shepherd 30 pieces of silver was an insult — this was the price paid to an owner for a slave gored by an ox (Exodus 21:32). This is also the amount Judas received for betraying Jesus (Matthew 27:3-10). The priceless Messiah was sold for the price of a slave.

13 And the LORD said to me, “Throw it to the potter”—the handsome price at which they valued me! So I took the thirty pieces of silver and threw them to the potter at the house of the LORD.

14 Then I broke my second staff called Union, breaking the family bond between Judah and Israel.

Fine Lenten Hymn for today:  HERE is a song about how much our Good Shepherd cares for us — “What Wondrous Love Is This.” Sung by Fernando Ortega.

This entry was posted on Tuesday, April 16th, 2019 at 2:00 AM and is filed under Bible. You can follow any responses to this entry through the RSS 2.0 feed. You can leave a response, or trackback from your own site.