The Spirit clearly says that in later times some will abandon the faith and follow deceiving spirits and things taught by demons.

We find the first demonic doctrine in Genesis 3. There Satan, speaking through a serpent, taught Eve: You will not surely die. For God knows that in the day you eat of it your eyes will be opened, and you will be like God (Genesis 3:4-5). Since then, every demonic doctrine has found its way back to this root: the idea that we can be gods, and operate independently from God.

2 Such teachings come through hypocritical liars, whose consciences have been seared as with a hot iron. 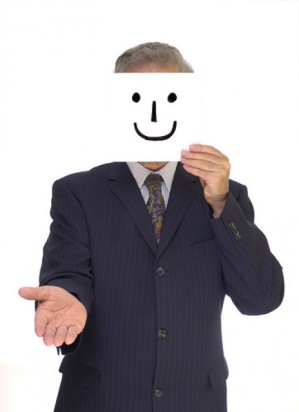 The word “hypocrite” suggests “wearing a mask.” I think of how many leaders–spiritual and political and financial–have been disgraced because they proclaimed one thing, but behaved personally in the opposite fashion.

This passage (verses 6 through 10) is close–packed with practical advice, not only for Timothy, but for any servant of the Church who is charged with the duty of work and leadership:

6 If you point these things out to the brothers and sisters, you will be a good minister of Christ Jesus, nourished on the truths of the faith and of the good teaching that you have followed. 7 Have nothing to do with godless myths and old wives’ tales; rather, train yourself to be godly.

Training oneself to be godly involves reading and studying the Bible, praying, meditating, witnessing to others, participating in worship and Christian fellowship. There must be exercise and effort, because we do not simply drift . . . la, la, la . . . into godliness.

8 For physical training is of some value, but godliness has value for all things, holding promise for both the present life and the life to come. 9 This is a trustworthy saying that deserves full acceptance. 10 That is why we labor and strive, because we have put our hope in the living God, who is the Savior of all people, and especially of those who believe.

(i) It tells us how to instruct others. The word used does not mean to issue orders but rather to advise, to suggest. It is a gentle, humble, and modest word. It means that the teacher must never dogmatically and pugnaciously lay down the law. It means that he must act rather as if he was reminding men of what they already knew or suggesting to them, not that they should learn from him, but that they should discover from their own hearts what is right. Guidance given in gentleness will always be more effective than bullying instructions laid down with force. Men may be led when they will refuse to be driven.

(ii) It tells us how to face the task of teaching. Timothy is told that he must feed his life on the words of faith. No man can give out without taking in. He who would teach must be continually learning. It is the reverse of the truth that when a man becomes a teacher he ceases to be a learner; he must daily know Jesus Christ better before he can bring him to others.

(iii) It tells us what to avoid. Timothy is to avoid profitless tales like those which old women tell to children. It is easy to get lost in side-issues and to get entangled in things which are at best embroideries. It is on the great central truths that a man must ever feed his mind and nourish his faith.

(iv) It tells us what to seek. Timothy is told that as an athlete trains his body, so the Christian must train his soul. It is not that bodily fitness is despised. The Christian faith believes that the body is the temple of the Holy Spirit. But Paul is pleading for a sense of proportion. Physical training is good, and even essential; but its use is limited. It develops. only part of a man; and it produces only results which last for so short a time, for the body passes away. Training in godliness develops the whole man in body, mind and spirit, and its results affect not only time, but eternity as well.

(v) It shows us the basis of the whole matter. No one has ever claimed that the Christian life is an easy way; but its goal is God It is because life is lived in the presence of God and ends in his still nearer presence, that the Christian is willing to endure as he does. The greatness of the goal makes the toil worth while.

11 Command and teach these things. 12 Don’t let anyone look down on you because you are young, but set an example for the believers in speech, in conduct, in love, in faith and in purity.

LET NO ONE LOOK DOWN ON YOU

Timothy was a sincere young man who earnestly desired to serve the Lord. Yet certain weaknesses in Timothy’s life hindered him from serving God confidently. Timothy was very young to be a religious leader, and apparently some doubted his abilities. Timothy had a tender nature and was sickly (1 Timothy 5:23). His was an inauspicious beginning for a young minister of the gospel in an age of persecution!

Paul urged Timothy not to allow his youthful insecurity to blunt his zeal and faithfulness in doing what God had told him. Rather than arguing with those who criticized Timothy, Paul urged him to live as an example of godliness. Paul advised Timothy to live a life that was so spotless in word, conduct, love, spirit, faith, and purity that his life could serve as a model for others in the church to follow. Timothy’s life was to be the evidence that God had called him. God looked beyond Timothy’s youth, timidity, and physical weakness and saw his sincere heart.

As you seek to follow God’s will, you may identify with Timothy. Perhaps some things about you seem to disqualify you from serving the Lord effectively. You may be sensitive because you are a new Christian or because you come from a sinful past. Perhaps you have little education or money or social status. You may have previously experienced failure in your service for God. Don’t allow this to intimidate you from following God’s will. Your area of weakness may be God’s means of demonstrating His strength (2 Corinthians 12:9). Allow God to demonstrate His call upon you by transforming your life into a model of godliness.

13 Until I come, devote yourself to the public reading of Scripture, to preaching and to teaching. 14 Do not neglect your gift, which was given you through prophecy when the body of elders laid their hands on you.

15 Be diligent in these matters; give yourself wholly to them, so that everyone may see your progress. 16 Watch your life and doctrine closely. Persevere in them, because if you do, you will save both yourself and your hearers.

I remember that when I first heard this piece by Kurt Bestor and Sam Cardon, I was moved to tears.  For all the children who have no one to help them grow into a full life, to give them love and to teach them well — Lord, have mercy.   Click  HERE  to hear the Gondwana Singers and “The Prayer of the Children.”

This entry was posted on Monday, July 29th, 2019 at 2:00 AM and is filed under Bible. You can follow any responses to this entry through the RSS 2.0 feed. You can leave a response, or trackback from your own site.