“The Sacrifice of Isaac” by Caravaggio, 1602  (Uffizi, Florence) points to the required daily sacrifices in the Tabernacle and Temple, and to the perfect, once-for-all sacrifice of Christ.

Christ’s Sacrifice Once for All

To sacrifice something is to make it holy by giving it away for love.

1The law is only a shadow of the good things that are coming—not the realities themselves. For this reason it can never, by the same sacrifices repeated endlessly year after year, make perfect those who draw near to worship. 2If it could, would they not have stopped being offered? For the worshipers would have been cleansed once for all, and would no longer have felt guilty for their sins. 3But those sacrifices are an annual reminder of sins, 4because it is impossible for the blood of bulls and goats to take away sins.

It is IMPOSSIBLE that the blood of bulls and goats should take away sin.

5Therefore, when Christ came into the world, he said:
“Sacrifice and offering you did not desire,
but a body you prepared for me;
6 with burnt offerings and sin offerings
you were not pleased.
7 Then I said, ‘Here I am—it is written about me in the scroll—
I have come to do your will, O God.’ ”

Instead of sacrifice, God desires an obedient heart.  Can you give God that?

And Samuel said,
“Has the LORD as great delight in burnt offerings and sacrifices,
as in obeying the voice of the LORD?
Behold, to obey is better than sacrifice,
and to listen than the fat of rams.”

8First he said, “Sacrifices and offerings, burnt offerings and sin offerings you did not desire, nor were you pleased with them” (although the law required them to be made). 9Then he said, “Here I am, I have come to do your will.” He sets aside the first to establish the second. 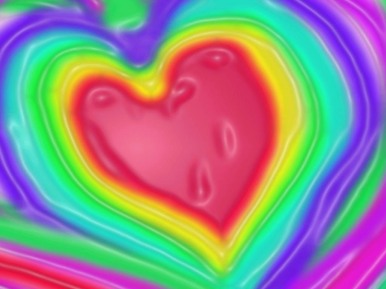 Instead of sacrifice, God desires a contrite heart. Can you give God that?

For thou desirest not sacrifice; else would I give it: thou delightest not in burnt offering.

The sacrifices of God are a broken spirit: a broken and a contrite heart, O God, thou wilt not despise.

10And by that will, we have been made holy through the sacrifice of the body of Jesus Christ once for all.

11Day after day every priest stands and performs his religious duties; again and again he offers the same sacrifices, which can never take away sins. 12But when this priest had offered for all time one sacrifice for sins, he sat down at the right hand of God.

HERE  is “Surely He Hath Borne Our Griefs”  from Handel’s Messiah, performed by the Royal Choral Society.

Surely he hath borne our griefs, and carried our sorrows: yet we did esteem him stricken, smitten of God, and afflicted.
But he was wounded for our transgressions, he was bruised for our iniquities: the chastisement of our peace was upon him; and with his stripes we are healed.

13Since that time he waits for his enemies to be made his footstool, 14because by one sacrifice he has made perfect forever those who are being made holy. 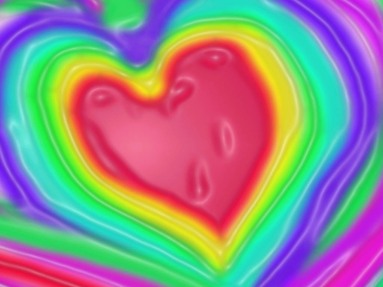 Instead of sacrifice, God desires a humble and merciful heart. Can you give God that?

What can we bring to the Lord?
What kind of offerings should we give him?
Should we bow before God
with offerings of yearling calves?
Should we offer him thousands of rams
and ten thousand rivers of olive oil?
Should we sacrifice our firstborn children
to pay for our sins?

No, O people, the Lord has told you what is good,
and this is what he requires of you:
to do what is right, to love mercy,
and to walk humbly with your God.

15The Holy Spirit also testifies to us about this. First he says:
16“This is the covenant I will make with them
after that time, says the Lord.
I will put my laws in their hearts,
and I will write them on their minds.”

17Then he adds:
“Their sins and lawless acts
I will remember no more.”

18And where these have been forgiven, there is no longer any sacrifice for sin.

from Everyone’s Guide to Hebrews,
by Neil R. Lightfoot

The author has placed before us, with consummate skill, Jesus as our eternal high priest. As priest, especially when compared with the candidates from Levi, he has no rival. He exemplifies the perfect type of priesthood, what God had in mind from the beginning. He is the real thing!

1.  His incarnation was real. He descended to earth and fully shared in flesh and blood. He was not ashamed of his “brothers.” In every respect he had to be made like them (2:11-17).

3.  His offering was made in the real place—heaven itself. The difference between an “earthly sanctuary” (9:1), the tabernacle, where the Jewish high priest officiated, and the sanctuary “not made with hands (9:11), where Christ ministers, is infinite. As high priest for us, Christ gloriously entered heaven. What could he offer? Certainly not the blood of bulls and goats! Through his own eternal spirit and through his own blood, he went before God. There he sprinkled his blood on the mercy seat in heaven.

4.  His forgiveness is real. This, of course, follows, if Christ’s offering of his blood before the Father has secured “eternal redemption” (9:12). An ancient king customarily had a special attendant to remind him of this or that which had occurred in the past. The attendant kept notes and chronicles in case something had to be recalled. He was a “remembrancer.” But because of Christ, we do not have a “remembrancer” to bring up our offenses. God said, “I will remember their sins no more.”

This entry was posted on Friday, August 28th, 2020 at 2:00 AM and is filed under Bible. You can follow any responses to this entry through the RSS 2.0 feed. You can leave a response, or trackback from your own site.