“Jeroboam Offering Sacrifice for the Idol” by Jean-Honore Fragonard

The Man of God From Judah

1 By the word of the LORD a man of God came from Judah to Bethel, as Jeroboam was standing by the altar to make an offering. 2 By the word of the LORD he cried out against the altar: “Altar, altar! This is what the LORD says: ‘A son named Josiah will be born to the house of David. On you he will sacrifice the priests of the high places who make offerings here, and human bones will be burned on you.’” 3 That same day the man of God gave a sign: “This is the sign the LORD has declared: The altar will be split apart and the ashes on it will be poured out.”

Since the prophecy of the man from Judah about the birth of Josiah would not be fulfilled for over three hundred years, God gave an immediate sign to prove his word. The altar did, in fact, split apart and the ashes were poured out, as the man had said. Such a direct rebuke to the idolatry going on at that altar! And God also struck Jeroboam for his violence against a man of God. Anyone present that day should have clearly seen the truth — including King Jeroboam!

6 Then the king said to the man of God, “Intercede with the LORD your God and pray for me that my hand may be restored.”

Funny — why didn’t Jeroboam pray to the golden calf ???

So the man of God interceded with the LORD, and the king’s hand was restored and became as it was before.

God did this, “Partly, to assure him that the stroke was from God; partly, because he repented of that violence which he intended against the prophet, for which God inflicted it; and partly, that the goodness of God to him might have led him to repentance; or if he continued impenitent, leave him without all excuse”

7 The king said to the man of God, “Come home with me for a meal, and I will give you a gift.”

8 But the man of God answered the king, “Even if you were to give me half your possessions, I would not go with you, nor would I eat bread or drink water here. 9 For I was commanded by the word of the LORD: ‘You must not eat bread or drink water or return by the way you came.’” 10 So he took another road and did not return by the way he had come to Bethel.

11 Now there was a certain old prophet living in Bethel, whose sons came and told him all that the man of God had done there that day. They also told their father what he had said to the king. 12 Their father asked them, “Which way did he go?” And his sons showed him which road the man of God from Judah had taken. 13 So he said to his sons, “Saddle the donkey for me.” And when they had saddled the donkey for him, he mounted it 14 and rode after the man of God. He found him sitting under an oak tree and asked, “Are you the man of God who came from Judah?”

18 The old prophet answered, “I too am a prophet, as you are. And an angel said to me by the word of the LORD: ‘Bring him back with you to your house so that he may eat bread and drink water.’” (But he was lying to him.)

What kind of prophet lies to another prophet? This is just wrong, and things will go wrong . . .

19 So the man of God returned with him and ate and drank in his house.

20 While they were sitting at the table, the word of the LORD came to the old prophet who had brought him back. 21 He cried out to the man of God who had come from Judah, “This is what the LORD says: ‘You have defied the word of the LORD and have not kept the command the LORD your God gave you. 22 You came back and ate bread and drank water in the place where he told you not to eat or drink. Therefore your body will not be buried in the tomb of your ancestors.’”

Death and the wrong place for burial! It strikes me as a strict punishment for what was more a misunderstanding born out of deceit, rather than disobedience. Really, it was only some bread and water (or for Eve, an apple), for crying out loud! — Then I realize, that is exactly how I rationalize my own sins, too. Not really a “sin”  — not that big of a deal — he/she made me do it — given the circumstances I really had no other choice . . . May the Lord grant us all eyes to see what is true (and obedient) and what is false (and disobedient) in our own lives.

I don’t ever want to stray

Thinking about your commands

will keep me from doing

I will do right and praise you

by learning to respect

23 When the man of God had finished eating and drinking, the prophet who had brought him back saddled his donkey for him. 24 As he went on his way, a lion met him on the road and killed him, and his body was left lying on the road, with both the donkey and the lion standing beside it. 25 Some people who passed by saw the body lying there, with the lion standing beside the body, and they went and reported it in the city where the old prophet lived.

27 The prophet said to his sons, “Saddle the donkey for me,” and they did so. 28 Then he went out and found the body lying on the road, with the donkey and the lion standing beside it. The lion had neither eaten the body nor mauled the donkey. 29 So the prophet picked up the body of the man of God, laid it on the donkey, and brought it back to his own city to mourn for him and bury him. 30 Then he laid the body in his own tomb, and they mourned over him and said, “Alas, my brother!”

31 After burying him, he said to his sons, “When I die, bury me in the grave where the man of God is buried; lay my bones beside his bones. 32 For the message he declared by the word of the LORD against the altar in Bethel and against all the shrines on the high places in the towns of Samaria will certainly come true.”

Such an odd and disturbing story!  “Though he lied to him, led him into sin, and prophesied judgment against him, the prophet from Bethel still respected the man of God from Judah. Perhaps he understood that the word he spoke against Jeroboam required a courage he did not have; therefore he confirmed the word of the man of God against Jeroboam and the altar at Bethel.”

33 Even after this, Jeroboam did not change his evil ways, but once more appointed priests for the high places from all sorts of people. Anyone who wanted to become a priest he consecrated for the high places. 34 This was the sin of the house of Jeroboam that led to its downfall and to its destruction from the face of the earth. 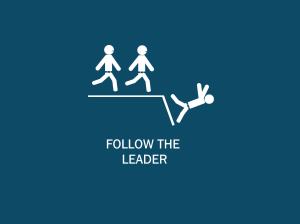 Jeroboam set a pattern that virtually all of the kings of the Northern Kingdom followed.  We will read over and over again:

He did evil in the eyes of the LORD, following the ways of Jeroboam and committing the same sin Jeroboam had caused Israel to commit.

Reading these chapters that show people so flagrantly disobeying the Lord inspires me to cling more tightly to Christ, to “delight in your will and walk in your ways.”  HERE  is Willie Nelson and “Where He Leads Me, I Will Follow.”

“Nelson (b. 1933 in Texas) is widely recognized as an American icon. He was inducted into the Country Music Hall of Fame in 1993, and he received the Kennedy Center Honors in 1998. In 2011, Nelson was inducted to the National Agriculture Hall of Fame for his labor in Farm Aid and other fund risers to benefit farmers. In 2015 Nelson won the Gershwin Prize, the lifetime award of the Library of Congress. He was included by Rolling Stone on its 100 Greatest Singers and 100 Greatest Guitarists lists.”

apple with a bite out of it.    https://dwellingintheword.files.wordpress.com/2010/12/apple-with-bite.jpg

This entry was posted on Friday, September 17th, 2021 at 2:00 AM and is filed under Bible. You can follow any responses to this entry through the RSS 2.0 feed. You can leave a response, or trackback from your own site.