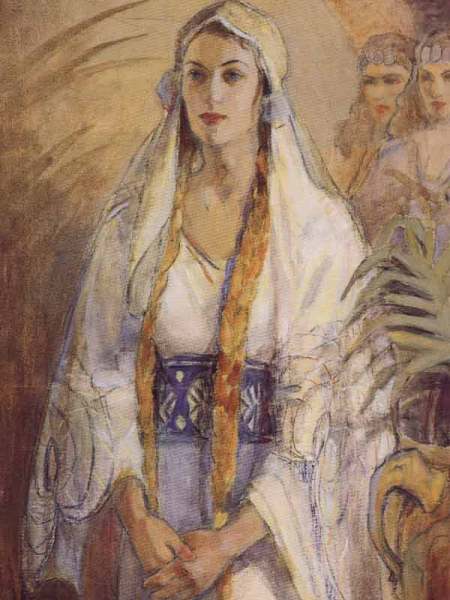 After these things, when the anger of King Ahasuerus had abated,

In between chapters 1 and 2, Ahasuerus took out his navy and fought the Greeks at Salamis. He was soundly defeated and came home feeling the pain . . .

he remembered Vashti and what she had done and what had been decreed against her. 2Then the king’s servants who attended him said, “Let beautiful young virgins be sought out for the king. 3And let the king appoint commissioners in all the provinces of his kingdom to gather all the beautiful young virgins to the harem in the citadel of Susa under custody of Hegai, the king’s eunuch, who is in charge of the women; let their cosmetic treatments be given them. 4And let the girl who pleases the king be queen instead of Vashti.” This pleased the king, and he did so.

The ancient Jewish historian Josephus says that Ahasuerus had a total of 400 women selected.

5Now there was a Jew in the citadel of Susa whose name was Mordecai son of Jair son of Shimei son of Kish, a Benjaminite.

Why was Mordecai still in Babylon/Persia? Cyrus, the great Persian ruler who had overthrown the Babylonian Empire, had earlier given the Jews permission to go back and rebuild their temple and re-institute the temple offerings and worship. Returning to rebuild the temple of God should have been his priority.

—Daniel Schaeffer, Dancing with a Shadow

6Kish had been carried away from Jerusalem among the captives carried away with King Jeconiah of Judah, whom King Nebuchadnezzar of Babylon had carried away. 7Mordecai had brought up Hadassah, that is Esther, his cousin, for she had neither father nor mother; the girl was fair and beautiful, and when her father and her mother died, Mordecai adopted her as his own daughter.

Esther’s two names represent the two cultures she belongs to:  Hadassah is Hebrew and means “myrtle,” a fragrant flower often used in perfumes, and Esther is Persian for “star.”

8So when the king’s order and his edict were proclaimed, and when many young women were gathered in the citadel of Susa in custody of Hegai, Esther also was taken into the king’s palace and put in custody of Hegai, who had charge of the women. 9The girl pleased him and won his favor, and he quickly provided her with her cosmetic treatments and her portion of food, and with seven chosen maids from the king’s palace, and advanced her and her maids to the best place in the harem.

10Esther did not reveal her people or kindred, for Mordecai had charged her not to tell. 11Every day Mordecai would walk around in front of the court of the harem, to learn how Esther was and how she fared.

12The turn came for each girl to go in to King Ahasuerus, after being twelve months under the regulations for the women, since this was the regular period of their cosmetic treatment, six months with oil of myrrh and six months with perfumes and cosmetics for women. 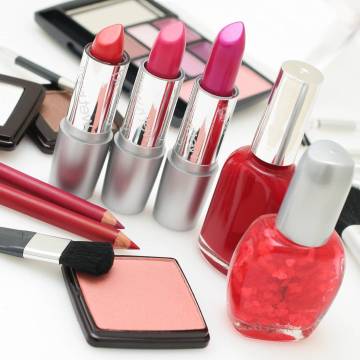 Candidates for queen came to the king’s palace in Susa from “all the provinces of his kingdom” (Esther 2:2). The Persian Empire extended east toward India and west toward Greece. It encompassed expansive deserts and a sub-tropical area along the Tigris and Euphrates Rivers. The climate in most of the kingdom was hot, dry, desert or semi-desert. Droughts and shortage of rainfall were common. Weather along the two rivers was humid, but regions distant from the Tigris-Euphrates plain suffered blistering heat. Southern winds blowing off the Persian Gulf kicked up sandstorms, and dry winds blew down from the north.

One of Hegai’s objectives was to ameliorate the effects of heat, wind and evaporation. His plan placed skin care first. Six months of oils addressed troublesome conditions such as cracking, wrinkling, wind damage, sunburn, healing of sores and skin diseases. Several of the oils available in Esther’s time had disinfectant and anti-fungal properties. Because every young woman underwent a thorough oil exfoliation, skin disorders were noted and treated. The king was protected from picking up skin diseases and infections that could have been introduced into the harem.

After six months of basic skin health care, Hegai’s attendants incorporated oils, spices and fragrances to enhance (polish) each girl’s natural beauty. The scriptures do not say whether the cosmetics of Egypt such as kohl for the eyes, henna for hair color, pomegranate juice for blush and lip stain figured in the finishing process.

13When the girl went in to the king she was given whatever she asked for to take with her from the harem to the king’s palace. 14In the evening she went in; then in the morning she came back to the second harem in custody of Shaashgaz, the king’s eunuch, who was in charge of the concubines; she did not go in to the king again, unless the king delighted in her and she was summoned by name.

It sounds wonderful – a year of constant spa treatments. Yet the destiny of these women should also be considered: one evening with the king. If he chose them from the 400 others to be his queen, then she would be his companion (until she displeased him). As for the 399 who lost, they were banished to the harem where they stayed the wife or the concubine of the king, but rarely if ever saw him afterwards. And they were never free to marry another man, essentially living as a perpetual widow.

15When the turn came for Esther daughter of Abihail the uncle of Mordecai, who had adopted her as his own daughter, to go in to the king, she asked for nothing except what Hegai the king’s eunuch, who had charge of the women, advised. Now Esther was admired by all who saw her.

“He set the crown upon her head” by James Shaw Crompton

16When Esther was taken to King Ahasuerus in his royal palace in the tenth month, which is the month of Tebeth, in the seventh year of his reign,17the king loved Esther more than all the other women; of all the virgins she won his favor and devotion, so that he set the royal crown on her head and made her queen instead of Vashti.

How much did the king choose Esther — or how much was Esther chosen for the king?

No one from the east or the west
or from the desert can exalt themselves.
It is God who judges:
He brings one down, he exalts another.

The king’s heart is in the hand of the LORD;
he directs it like a watercourse wherever he pleases.

18Then the king gave a great banquet to all his officials and ministers—“Esther’s banquet.” He also granted a holiday to the provinces, and gave gifts with royal liberality. 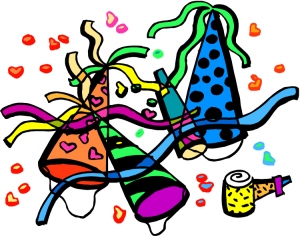 Given by the king to honor his new queen, with a banquet for his ministers, many gifts for his friends, and a holiday for the masses.

HERE  is “God Save the Queen” —  the BBC Symphony Orchestra and Chorus with the Fanfare Trumpeters of Her Majesty’s Royal Marines — Buckingham Palace, June 2001.

19When the virgins were being gathered together, Mordecai was sitting at the king’s gate.

“sitting at the king’s gate”

–a position of some responsibility, as for a royal official.

20Now Esther had not revealed her kindred or her people, as Mordecai had charged her; for Esther obeyed Mordecai just as when she was brought up by him.

21In those days, while Mordecai was sitting at the king’s gate, Bigthan and Teresh, two of the king’s eunuchs, who guarded the threshold, became angry and conspired to assassinate King Ahasuerus. 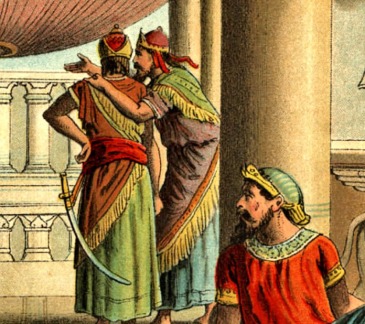 This threat of assassination was real. Ahasuerus was eventually murdered by his prime minister, who placed Artaxerxes I on the throne.

22But the matter came to the knowledge of Mordecai, and he told it to Queen Esther, and Esther told the king in the name of Mordecai. 23When the affair was investigated and found to be so, both the men were hanged on the gallows. It was recorded in the book of the annals in the presence of the king.

A good man will obtain favor from the LORD,
but He will condemn a man who devises evil.

This entry was posted on Friday, March 4th, 2022 at 2:00 AM and is filed under Bible. You can follow any responses to this entry through the RSS 2.0 feed. You can leave a response, or trackback from your own site.